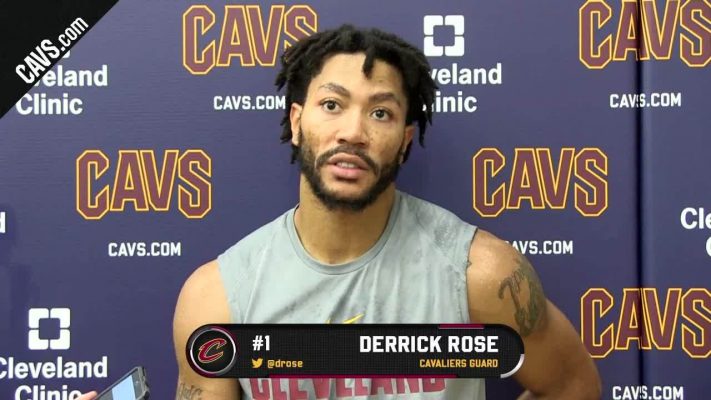 The injury-plagued career of Cleveland Cavaliers point guard Derrick Rose is currently experiencing another tough stretch as the 29-year-old veteran attempts to get past an ankle injury that he had suffered in the second game of the 2017-18 season. Rose has been ruled out of Saturday night’s game against the Dallas Mavericks and his return doesn’t appear to be imminent.

Derrick Rose remains out tonight vs Mavs. Ty Lue said he reaggravated ankle. Rose made it sound like he may have returned too soon. Regardless, doesn't sound like he'll be back soon

Rose signed with the Cavaliers as a free agent this past offseason, accepting the veteran’s minimum salary in an effort to build his market value back up. That value has plummeted in recent years because of continuing issues related to a severe ACL injury he suffered in 2012 and other knee injuries. The ankle injury he suffered during the Oct. 20 game in Milwaukee came on a controversial play in which Greg Monroe committed a hard foul on the point guard.

Missing Saturday night’s contest will mark the sixth time in 13 games that Rose has been unable to play this season. In the seven games that he’s played, he’s averaged 14.3 points, 2.6 rebounds and 1.7 assists.