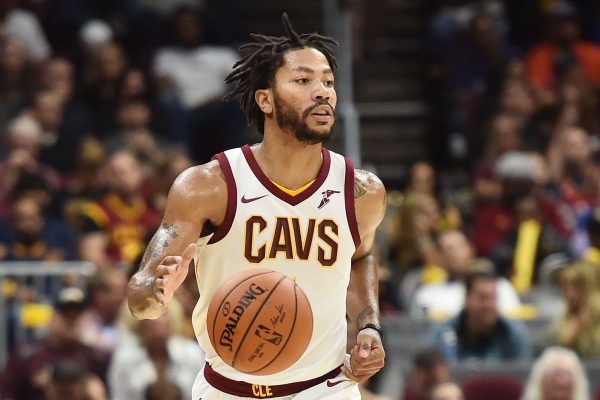 After having sat out the last four games, Cleveland Cavaliers point guard Derrick Rose will be back in the team’s starting lineup for their Sunday night home matchup against the New York Knicks. Rose has been rehabilitating an ankle injury that he suffered during the third quarter of the Cavs’ Oct. 20 game against the Milwaukee Bucks.

In the four games that Rose has missed, Cleveland has managed to drop three of those contests. In addition, their defense has been criticized, most recently after Saturday’s loss against the New Orleans Pelicans. In that contest, the Cavs allowed 123 points, mostly scored by just four Pelicans players.

From what I’m hearing in Cleveland, Derrick Rose will play tonight vs Knicks. Cavs 1-3 without him.

“We don’t play with the same pace [when Rose is out],” Cavaliers head coach Tyronn Lue had said on Friday. “You see with D-Rose at the point guard position, when you have a true point guard, they get the ball up the floor fast, they get it up with pace and we can actually run sets.”

Rose’s ability to drive to the basket had helped inject life into the team’s offense, with the guard averaging 13.0 points during his two games played.

The past injury history of Rose, which primarily focused on his struggles to fully recover from a torn ACL in 2012, was the chief reason that the Cavaliers were able to sign him to a one-year veteran’s minimum contract of $2.1 million during the offseason. Rose was named the NBA’s Most Valuable Player in 2011.