Video: Derrick Rose Draws ‘Oohs’ and ‘Ahhs’ From Crowd as He Puts on Show 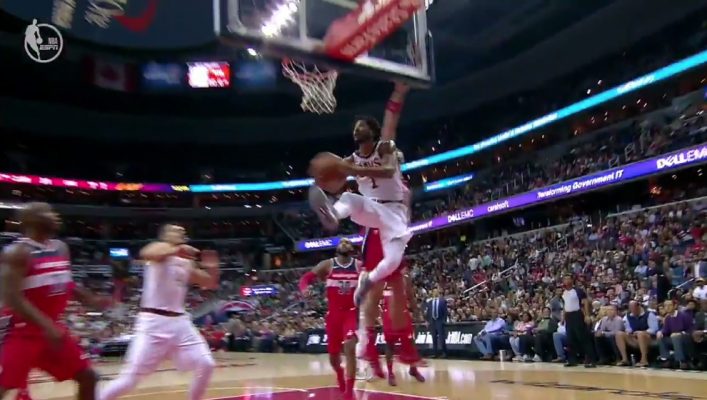 The Cleveland Cavaliers are facing off against the Washington Wizards on Friday night, and to help the Cavs end their four-game losing streak, point guard Derrick Rose is putting on a show.

Late in a barn-burner of a first quarter in which both teams put up over 30 points, Rose put the skates on both John Wall and Mike Scott before driving to the rim and completing an under-the-rim reverse layup.

Derrick Rose right to the rim with some beautiful moves ?

Midway through the second quarter, Rose has 13 points in the game, second only to LeBron James who already has 15 points, two rebounds, two assists, and two blocks.

The Cavs will look to rely on both Rose and James to lead them to a much-needed victory against the 4-3 Wizards.