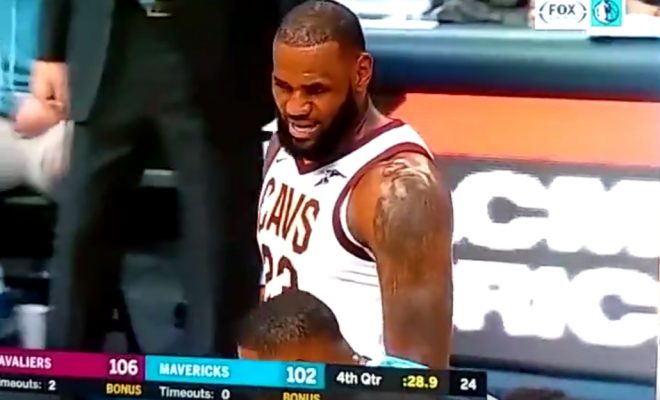 The Cleveland Cavaliers squeezed out a 111-104 victory over the Dallas Mavericks on Saturday night on the way to their sixth victory on the young season.

The Mavericks actually had a chance to cut their deficit to within two points late in the fourth quarter as rookie Dennis Smith Jr. drove to the hoop, however that effort proved to be futile, as he missed a point blank reverse layup.

Coolest moment in the game: LeBron counseling DSJ *in game* about how to attack the rim. Watch and listen. Thanks for pointing this out @SkinWade @MFollowill & Harp! pic.twitter.com/W1qGBc45Rc

On the following possession, as the Mavericks fouled Jeff Green with 28.9 seconds left on the clock, maybe the most significant moment of the game came for Smith Jr. as Cavs superstar LeBron James counseled the young rookie on how to attack the rim.

James has never been shy about giving advice to players on opposing teams, whether it be contemporaries or rookies just coming up in the NBA. With the four-time MVP paving the way for the rest of the league, the players seem to be in good hands for the foreseeable future.