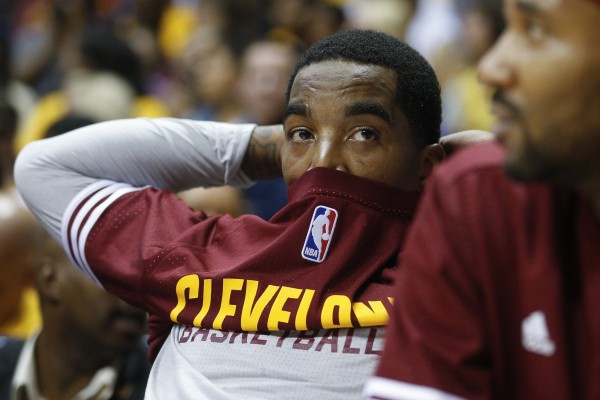 As the Cleveland Cavaliers prepare for the postseason, J.R. Smith will have to worry about an off-the-court matter he thought was in the past.

According to ESPN’s Brian Windhorst, the Cavaliers shooting guard is being sued $2.5 million for an incident last November which allegedly saw him choke and strike a man.

According to documents, Justin Brown attempted to approach Smith for a photo at approximately 4 a.m. when Smith made a stop at a pizza shop after leaving a nightclub in Manhattan.

When Smith declined the photo request, Brown allegedly provoked the Cavalier into hitting him in the head and neck area.

The former Sixth Man of the Year responded to reports of the lawsuit on Saturday, but refused to add fuel to the fire:

“No, I ain’t got no comment on that. It is what it is. So, we’ll just see what happens. I mean, the organization has been great since I got here. Whether it was that or anything else, they’ve been unbelievable, so I’m grateful for that.”

As the team’s starting shooting guard, the 12-year pro has averaged 12.3 points on 41.0 percent from the field and 39.3 percent from beyond the arc in 69 starts this season.