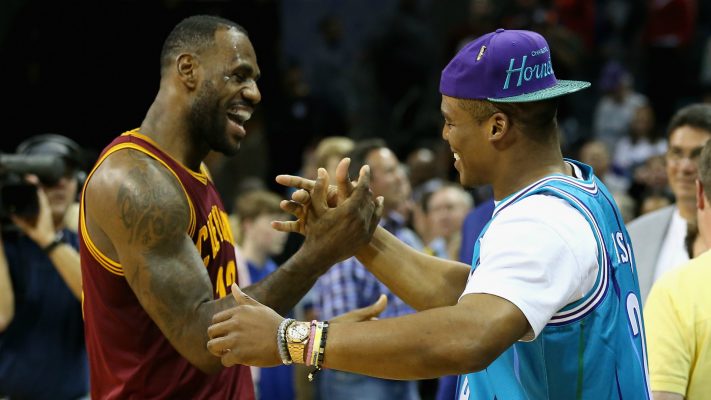 The continuing debate concerning the Cleveland Cavaliers‘ LeBron James and Stephen Curry over which NBA Most Valuable Player is better has an award-winner from another sport giving his vote to James.

Cam Newton of the NFL’s Carolina Panthers made his remarks about the two players during a Thursday radio appearance in Charlotte, NC. He noted that he was recently queried by someone about whether Curry was the best player.

Newton then went on to explain his reasoning for choosing James.

“I still think LeBron is (the best player). He’s 6-7, athletic, can do anything on the court. But LeBron is not on the best team. Going back to what I was saying, the power of team will always be better than the power of skill.”

Newton’s current popularity within the Charlotte community isn’t likely to be threatened by his opinion, even though Curry remains popular himself, having grown up in the area.

With regard to MVP awards, James leads Curry 4-2, having also been named MVP of the NBA Finals twice. In the latter category, Curry is still seeking his first award, with his current performance not putting him in line to capture it.