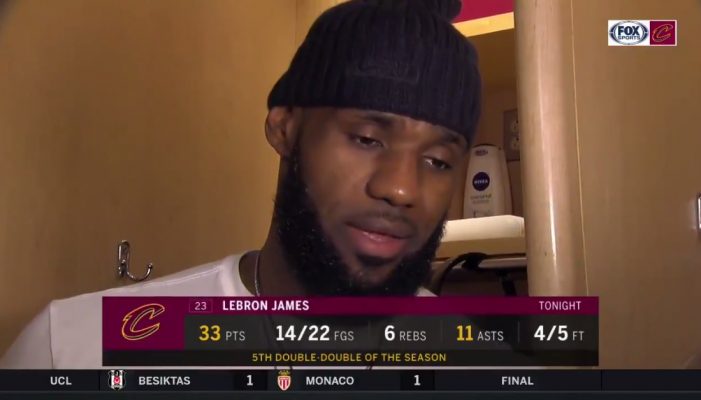 An ugly 124-107 loss on Wednesday night by the Cleveland Cavaliers to the Indiana Pacers once again exposed the team’s current defensive deficiencies that have both coaches and players continuing to search for answers. In his postgame comments, LeBron James offered his opinion on the team’s recent woes on the defensive end of the floor.

Are the @cavs' defensive issues a result of their schemes or simply a lack of execution?

“For the most part, we was in the right place,” James said. “The coaching staff gave us a scheme and, for the most part, we executed it. They still hit some bombs right in our face and some rotations we had and things of that nature. Sometimes the ball just didn’t bounce our way. I remember one of our rotations, Cory Joseph hit a three that went around the rim three or four times and went in. (Victor) Oladipo hit a bomb behind a pick-and-roll on me and then he had one on J.R. (Smith) as well. A lot of our possessions were well guarded, they just made them.”

The Cavaliers’ loss to Indiana marks the team’s fourth consecutive defeat and their fifth loss in the last six games. In those four losses, Cleveland has allowed an average of just over 118 points. The Cavs face a stiff challenge in trying to end that streak in their next contest, a Friday night road matchup against the Washington Wizards.