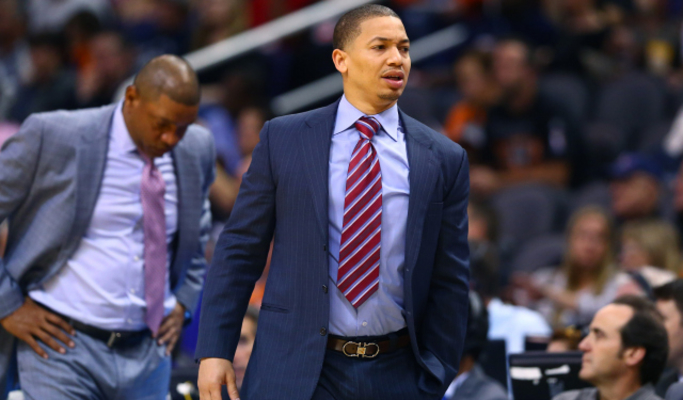 The Cleveland Cavaliers were dealt an embarrassing loss at the hands of the Brooklyn Nets on Wednesday when the Nets overcame a triple-double by LeBron James to win 112-107 at Barclays Center.

Going into the 2017-18 season, the Nets were thought to be one of the weakest teams in the Eastern Conference. This assessment has made the Nets’ 2018 unprotected first-round draft pick that the Cavs received as a part of the Kyrie Irving trade highly valuable.

Following the loss, however, head coach Tyronn Lue ripped into his own team (albeit sarcastically), saying that instead of worrying about how valuable the Nets pick might be, they should be focused on winning games.

Ty Lue: "We're running around here worrying about getting the Brooklyn pick, they may want our pick."

The Cavaliers couldn’t secure the victory despite an incredible performance by James, who had 29 points, 13 assists, and 10 rebounds in the game, and a 13-0 run in the fourth quarter that had them leading late.

The season is young, but at the moment both the Cavaliers and Nets sit at 3-2 on the season. The Cavs will look to separate themselves form the rest of the conference when they take on the New Orleans Pelicans this Saturday.