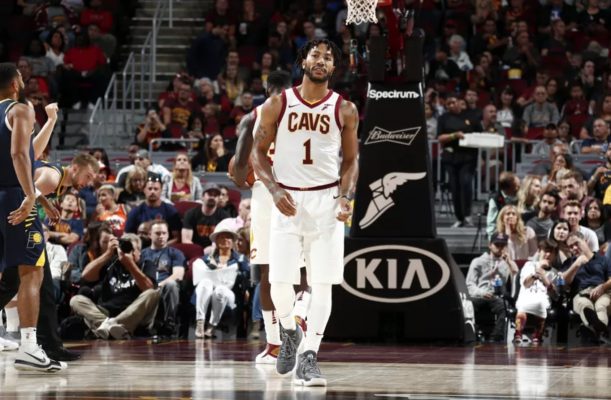 Though Cleveland Cavaliers point guard Derrick Rose is scheduled to miss his third consecutive game on Wednesday night against the Brooklyn Nets, there’s a possibility that Rose will return to action on Saturday night in a road clash against the New Orleans Pelicans.

Joe Vardon of Cleveland.com indicated that Cavs head coach Tyronn Lue offered hope that Rose will be able to make it back onto the court following what would be an eight-day absence.

Rose missed those games after suffering a sprained ankle during last Friday’s win over the Milwaukee Bucks. He landed awkwardly on the ensuing tumble, which took place after he was virtually clotheslined on a drive to the basket.

The absence of Rose will be magnified during the Nets game because veteran guard Dwyane Wade will also be siting out due to a bruised left knee. That injury took place after Wade banged his knee with that of a Chicago Bulls player in the Cavaliers’ 119-112 win on Tuesday night.

“We have a great medical staff,” Lue said. “Hopefully they can get it right and continue to keep him healthy and he can play more games than he’s played in a while. Just a freak accident I guess.”