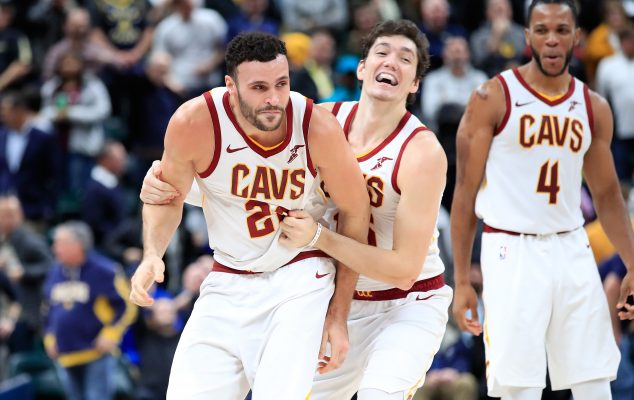 The Cleveland Cavaliers have had few bright spots this season, with Tuesday night’s buzzer-beating road win over the Indiana Pacers making the short list.

However, a subsequent review of the officiating in that contest by the league offered the opinion that Larry Nance Jr. committed a loose ball foul on Indiana’s Victor Oladipo before putting up the game-winning tip-in.

The league’s Last Two Minute Report looks at officials’ calls in the final two minutes of games if the margin is five points or less. Here is what the league found on that last play:

“Nance, Jr. delivers contact to the chest of Oladipo on the swim move and dislodges him from his legally obtained position and affects his ability to rebound.”

That was deemed an incorrect non-call (INC), though their assessment won’t change the end result, which was a 92-91 Cavaliers victory. On that same series, the Pacers’ Bojan Bogdanovic made marginal contact after Nance put up his game-winner, with the league ruling that it was a correct non-call (CNC).

The Cleveland victory was somewhat ironic, coming during a season in which the team has had severe struggles. That’s because in the four preceding seasons, ones in which the Cavaliers reached the NBA Finals in each season, they managed to win just two of eight regular-season contests at Bankers Life Fieldhouse.

Two more meetings between the Cavaliers and Pacers remain on the schedule. Indiana will be looking for revenge when they come for a Jan. 8 game at Quicken Loans Arena, while the Cavs return to Indianapolis on Feb. 9.

cleveland cavaliersfeaturedIndiana Pacerslarry nance jr.news tickerVictor Oladipo
← Previous Story Zion Williamson Says He Would Love to Play in This East Coast City
Next Story → How the Cavs Changed Larry Nance Jr.’s Life Before He Was Ever on the Team