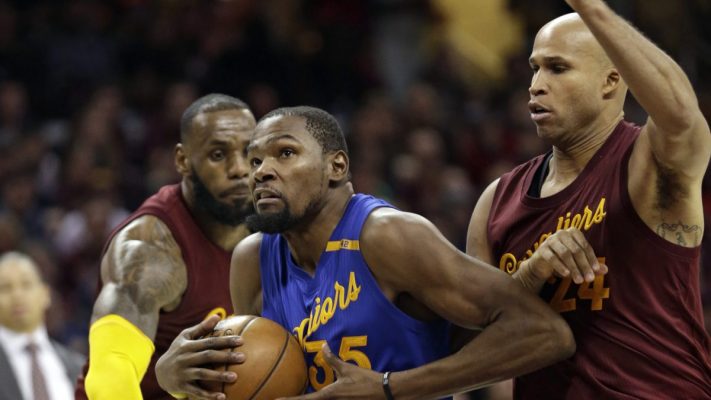 In the most surprising call of the Cleveland Cavaliers‘ Christmas Day matchup with the Golden State Warriors, small forward Richard Jefferson earned a technical foul after dunking on opposing forward Kevin Durant and simply winking at him.

According to Jason Lloyd of the Akron Beacon Journal, several Cavs players were distraught because of the call and also because Durant did far worse throughout the course of the game:

“Cavs players were upset Jefferson was T’d up because, in their opinion, Durant was doing far worse. Durant dropped some choice expletives on Kevin Love following his dunks, including calling him a motherf—–. Players questioned how Durant can get away with calling a player that while Jefferson gets whistled for a smile and a wink.”

According to teammate LeBron James, the technical foul called on Jefferson will most likely be rescinded, while Durant may be looked at more closely when the Cavs face off against the Warriors on Jan. 16.