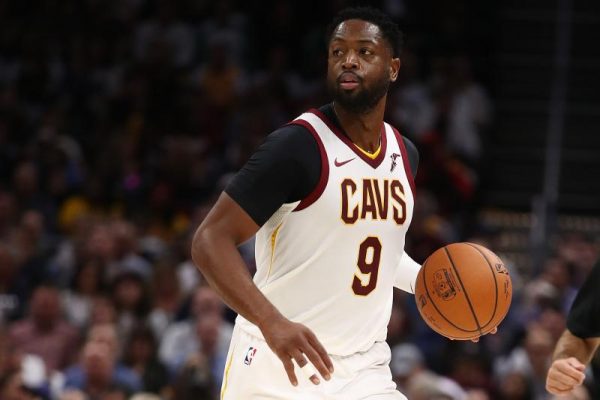 During the first three games of the 2017-18 NBA season, Cleveland Cavaliers shooting guard Dwyane Wade has struggled to establish himself after signing with the team last month. Following the team’s embarrassing Saturday night home loss to the Orlando Magic, Wade indicated that he’s still trying to figure out exactly what his role is with the Cavaliers.

The 35-year-old veteran has struggled with his outside shot, connecting on just 25 percent of his three-point attempts and only 28 percent of his field-goal attempts. In the Orlando defeat, he was just 2-for-8 from the field, finishing his night with just five points.

“I’m trying to find it, man,” Wade said. “It’s very different, different than I’ve ever played. Just trying to find my way, as we go on, see how I can be best for this team. Everything’s happened so fast. This has been a long, a long week.”

Wade indicated that part of the reason for that search is that in his previous 14 seasons, he’s been a central figure in the offense. That’s not the case with the Cavaliers, with players like LeBron James and Kevin Love supplying a key portion of the team’s offense.

That current role has seen his shot attempts reduced by nearly half in comparison to last season, which he spent with the Chicago Bulls. Prior to that, he spent his first 13 seasons with the Miami Heat.

“It’s just trying to find that rhythm, trying to find where it will come from, when it will come from. It comes with time,” Wade said. “I haven’t forced it. [Saturday] I had some opportunities where I had the ball, I passed it, got a few assists. The shots that I shot was shots that I [normally shoot], I just missed them. I didn’t feel like I forced them. I feel like they were good shots, just two out of eight of them went in. Like I said, everyone, we’re all just still trying to figure it out. Sometimes you press a little bit, you want every shot to be perfect. And that’s just not the game of basketball. There will be times when you hit 8 out of 10. And you don’t go 2-for-8.”

In fairness to Wade, the collective effort against Orlando was poor all around. In the first quarter, James was the lone Cavaliers player to find the basket, hitting on 6-of-8 from the field, compared to the 2-for-18 effort by his teammates during the period. That frigid shooting resulted in the Magic jumping out to a huge 36-18 lead en route to their 114-93 win.

Cavs head coach Tyronn Lue is continuing to work with his assistants in crafting a plan that can work over the course of the season.

“Just got to get him in positions to where he’s comfortable,” Lue said. “Right now we have a new offense, a different offense than he’s accustomed to running. We just have to put him in better positions to be aggressive and get to a spot. That’s not really an issue of mine or his. Just continue to keep playing good, team defense and his shot and his game will come around offensively.”

James is also eager to help his close friend get back on track, though he knows that things won’t turn around overnight.

That Tuesday game will be against Wade’s most recent team, the Bulls, with tipoff set for just after 7 p.m. ET.