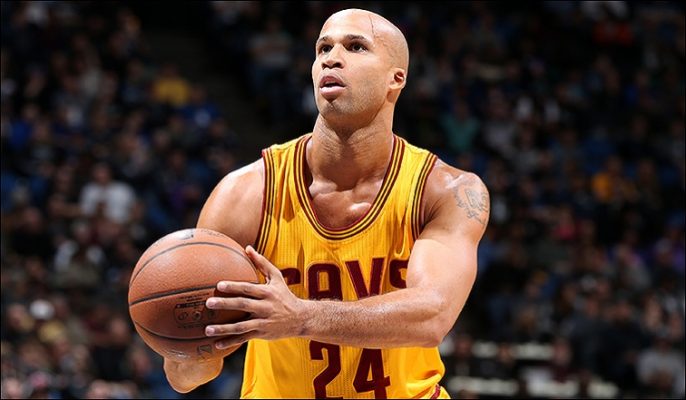 The Cleveland Cavaliers must cut down their final roster to 15 players by the start of the regular season, and it seems like the team is already prepared to part with two of its players from last season.

According to Shams Charania of The Vertical and ESPN’s Adrian Wojnarowski, the Cavs are nearing a deal that would send veteran Richard Jefferson and point guard Kay Felder to the Atlanta Hawks in exchange for Atlanta’s European draft rights.

Cleveland is in advanced talks on a deal to send Richard Jefferson and Kay Felder to Atlanta, league sources tell The Vertical.

For Cavaliers, the finalization of deal will get roster to 15 for opening night. https://t.co/2I04dKTnfO

Jefferson is expected to be immediately waived by the Hawks, allowing him to become a free agent upon clearing waivers.

The trade will save the Cavs about $12 million in luxury taxes.

Both Jefferson and Felder have been mentioned as two players that the Cavs were likely to either cut or trade in order to trim down the roster.