Report: LeBron’s Associates Insist He Could Leave Cleveland Again After This Season 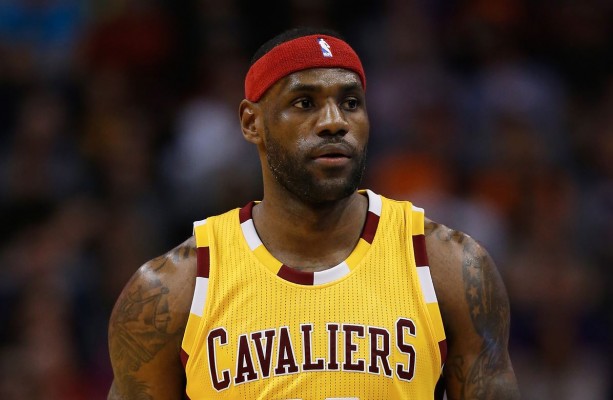 After a report last week by ESPN’s Stephen A. Smith, which said that Kyrie Irving wasn’t too happy with his situation in Cleveland, it looks Smith is at it again. This time, involving, Cleveland Cavaliers superstar LeBron James.

Smith had this to say about James and his inner circle during a call with ESPN Radio recently:

“One of the things LeBron’s inner circle religiously says is that, ‘Yeah, he’s back, but don’t you think for one second that he’s going to sit idly by and watch the franchise take him for granted and put too much excess weight on his shoulders the way that they used to when he was in Cleveland the first go-round. Think that he’s permanently going to stay in Cleveland if you want to. Do not try him.’

“Yes, he is committed to trying to bring a championship back to Cleveland. And it does seem to be something that he would never do again. But don’t rule anything out when it comes to LeBron James.

“I’m not saying this. I’m telling you specifically what I was told by people close to him, and I’ve been told that for months.

“What everybody close to him continuously reminds me of is, ‘Don’t you dare take this guy for granted or think for one second he’s trapped into staying in Cleveland just because he came back. Don’t put it past him to get so annoyed that he’ll leave again if he feels like he’s being taken for granted, ran into the ground and essentially misused.’ That’s what they say.”

Smith has been recently associated with making dubious claims as of late, so be sure to take this report with a grain of salt.