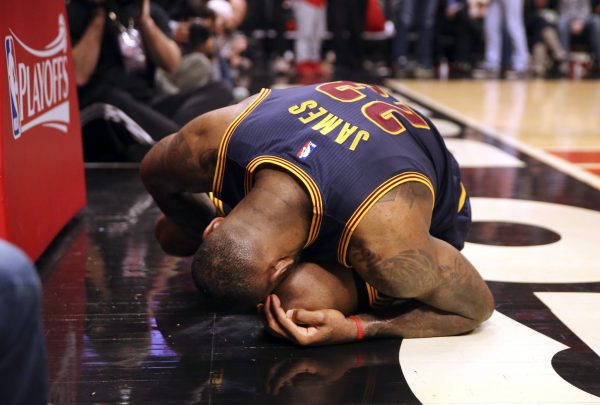 LeBron James is an NBA icon for a lot of reasons, but one of things he is perhaps most respected for is his durability. Last season, FiveThirtyEight reported that James is one of the few NBA stars that has never sat out for more than 15 percent of a season since he entered the league in 2003. According to ESPN’s Brian Windhorst, however, that durability may be at risk with James’ current ankle injury.

On Thursday, Windhorst reported that while the four-time NBA MVP’s injury is not yet a cause for great concern, it is the most significant ankle injury of his storied career.

Windhorst: I am not concerned about LeBron's ankle since its October but it is the most significant ankle injury of his career. #Cavs

Earlier this week, Joe Vardon of Cleveland.com reported that James had experienced soreness in his left ankle following his preseason debut when the Cleveland Cavaliers played the Chicago Bulls. Head coach Tyronn Lue explained the injury following the game.

“He was experiencing soreness so he won’t practice tomorrow, he won’t play on Friday, either,” Lue said. “So, um, (LeBron is) pretty mad, pretty pissed off. But I mean, it is what it is.

“He got treatment all day today, so I’m not sure if we should be concerned or not. But it’s pretty sore today so we’ll just see what happens.”

With recent reports that James may miss the Cavs’ season opener against the Boston Celtics, it is clear that the Cavs are not going to risk James possibly injuring his ankle further.

James may seem invincible on the court, but this recent injury and Windhorst’s report serves as a sobering reminder that even The King needs a rest every now and then.