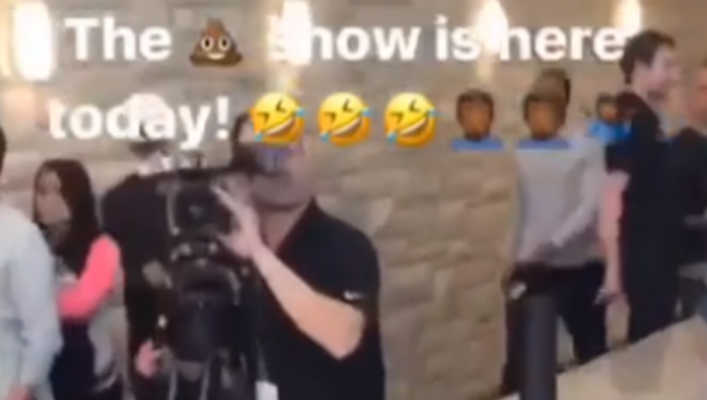 It has been reported in the past that LeBron James does not appreciate the distraction that comes with Tristan Thomson‘s girlfriend Khloé Kardashian and her reality program “Keeping Up With the Kardashians.”

On Wednesday, the Kardashian crew joined the Cleveland Cavaliers to film a team practice, and James took it as an opportunity to turn the cameras on them.

#PressPlay: Looks like #LeBronJames wasn't here for all the extra cameras ??Word on the street is the "Keeping Up With The Kardashians" crew made their way into the Cavs' workout session ??

“The s— show is here,” James jokingly said, mocking the television crew. “Look at the s— show gang, there they go.”

James and Kardashian supposedly ended their rumored feud over the offseason, so hopefully this will be the last off-the-court distraction that comes with the Kardashians.