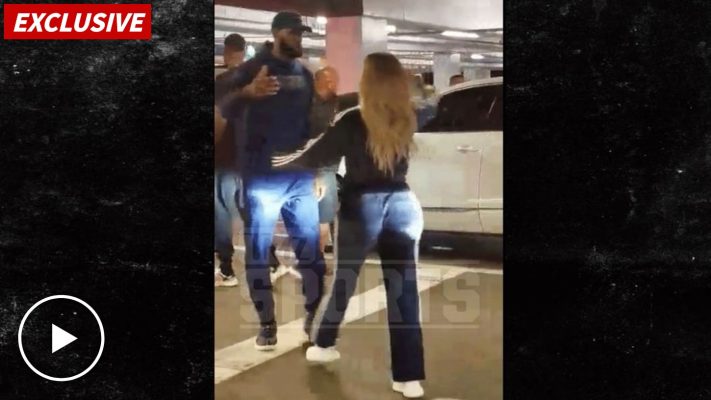 Late during the 2016-17 NBA season, rumors were circling that some members of the Cleveland Cavaliers were actually attributing the team’s bad play to Tristan Thompson‘s girlfriend Khloe Kardashian and her infamous “Kardashian Curse.”

However, based on a video posted by TMZ Sports that surfaced on Tuesday, Cavs superstar forward LeBron James, Thompson, and Kardashian spent a night out at Halloween Horror Nights at Universal Studios in Hollywood, California.

For James, it appears that any of the outlandish rumors of him not being fond of Kardashian were squashed as the two were seen hugging it out following their night out with Thompson in Los Angeles.

Many fans were quick to blame Khloe for the Cavs’ poor performance during Cleveland’s 4-1 series loss to the Golden State Warriors in the 2017 NBA Finals, but at least James doesn’t seem to be harboring any hard feelings.