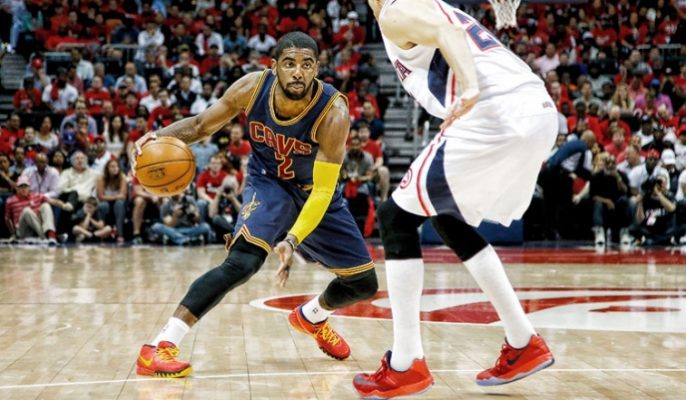 Taking a cue from teammates LeBron James and Kevin Love, Cleveland Cavaliers point guard Kyrie Irving has decided to acknowledge one of his most impressive skills by invoking the name a wrestler from the WWE.

Def Pen Hoops posted a brief 10-second video from Irving’s Snapchat account that shows him wearing a particular shirt. On that shirt is a drawing of himself dressed up as WWE wrestler “The Undertaker,” though Irving’s shirt displays his new adopted nickname, “Ankletaker.” The nickname is in tribute to Irving’s ability to effectively “break” the ankles of other players that attempt to guard him.

Love had previously displayed a WWE championship belt after the Cavs won the NBA title in June. Meanwhile, James was seen wearing an Undertaker shirt prior to Game 5 of the NBA Finals and an Ultimate Warrior shirt upon the team’s triumphant arrival back in Cleveland after winning Game 7 to complete a comeback from a 3-1 deficit.

Irving is still looking to break his first opponent’s ankle during the preseason after sitting out the team’s opener on Wednesday night. That could come in Saturday’s second clash against the Philadelphia 76ers, though fans should be more concerned with him being in the lineup for the October 25 opener against the New York Knicks.