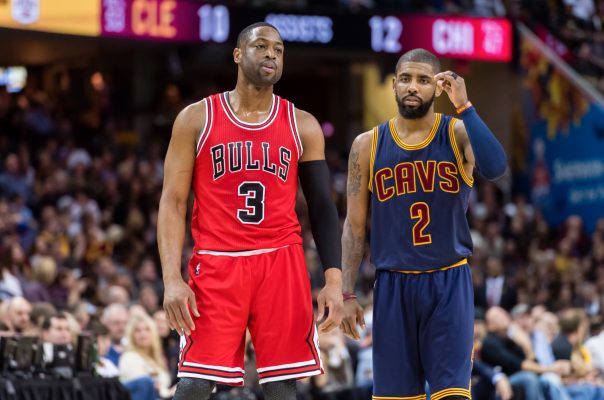 Dwyane Wade is making himself at home as the newest member of the Cleveland Cavaliers. As the Cavs prepare for their first preseason matchup, Wade has reportedly taken over Kyrie Irving‘s old locker, according to The Athletic’s Jason Lloyd.

If anyone needed further proof that the Cavs have fully moved on from the drama Irving created this past summer, this is it. While there’s no indication that Wade chose Irving’s old locker on purpose, it serves as a reminder of just how different the 2017-18 Cavs are from last year’s squad.