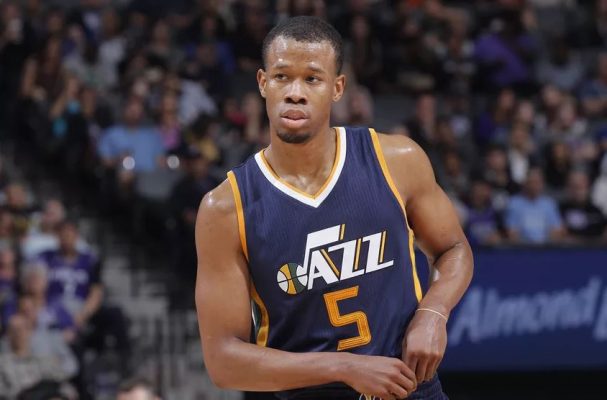 A portion of the three-way trade that the Cleveland Cavaliers pulled off on Thursday sent the duo of Jae Crowder and Derrick Rose to the Utah Jazz in exchange for guard Rodney Hood. Hood took time to thank the fans of his former team for their support, while also looking forward to his future with the Cavaliers.

THANK YOU to Utah for three and a half incredible years. Ive grown so much in this city as an athlete and as a man. Shoutout to all my teammates, coaches, and fans for an experience I will never forget. Now it’s time to get after it for The Land ?? ? pic.twitter.com/5kZm6ZN1fj

Hood is a 6-foot-7 shooting guard in his fourth NBA season. He was selected as the 23rd overall pick in the 2014 draft by the Jazz. He has had some injury issues during his time in Utah, with lack of consistency in his play one of the criticisms aimed in his direction.

This season, Hood’s averaging 16.8 points per game in 39 contests, all but 12 of those matchups coming in a reserve capacity. From the field, he’s hitting 42.2 percent of his overall shots, including 38.9 percent on 3-pointers. He’s expected to see his first action when the Cavaliers travel to Boston.