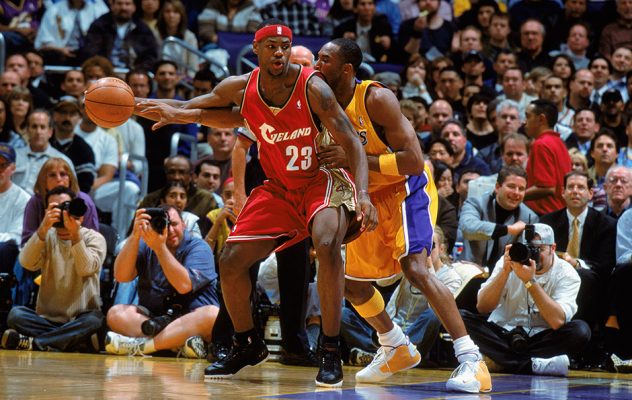 Trying to determine the difference when it comes to clutch ability can often be difficult, though statistics can often provide clear evidence to make the case for one player over another. When it comes to the difference between Cleveland Cavaliers forward LeBron James and former Los Angeles Lakers guard Kobe Bryant, some key numbers give James the edge in this area.

The numbers below come from Michael Gallagher — with TS% representing career true shooting percentage and USG% representing usage rate — which narrows the focus to the final five minutes of a game in which the margin is five points or less.

While Bryant does lead James when it comes to NBA titles, that margin is just two (at five to three) and could drop to one if the Cavaliers are able to repeat as NBA champions this year. Plus, Bryant has no more opportunities to increase that number, while James is still in his prime after 14 seasons of professional basketball and could be playing in his seventh consecutive finals if the Cavs win their next series.