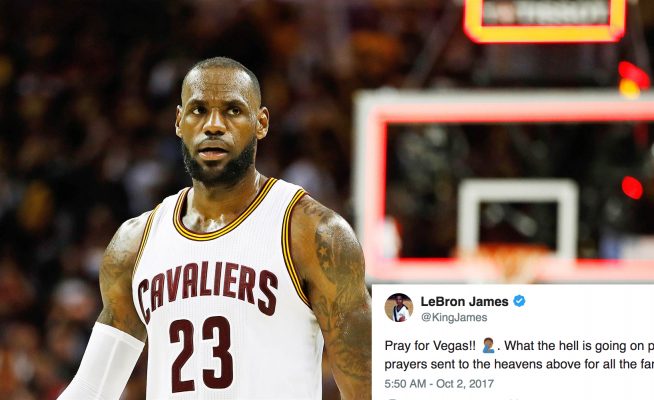 When news began to break early Monday morning, Cleveland Cavaliers star LeBron James took to Twitter to express his love and prayers for the victims.

Pray for Vegas!! ??‍♂️. What the hell is going on people!?!? My prayers sent to the heavens above for all the families ?? pic.twitter.com/wDpwZ7g4Pz

James spent a portion of his offseason in Vegas this summer, so this is sure to hit close to home for the four-time NBA MVP.

This kind of senseless violence rocks everyone to their core, so hopefully James showing his support will bring a little comfort to those who have been impacted by this terrible tragedy.