Don't Miss
Home / Media / Former Cavs Coach Praises J.B. Bickerstaff for Getting Players to Care About Each Other and Winning

Former Cavs Coach Praises J.B. Bickerstaff for Getting Players to Care About Each Other and Winning 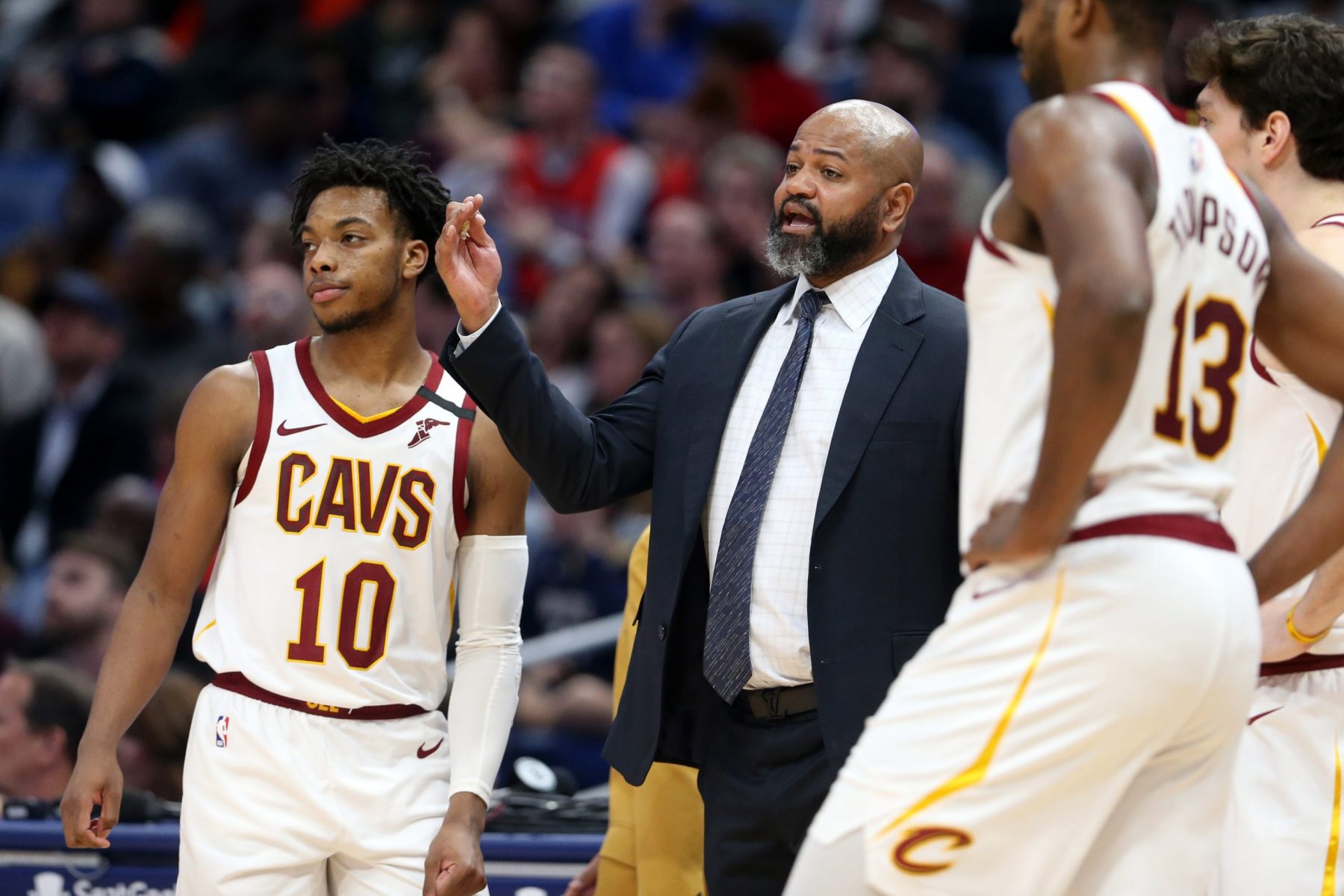 Cleveland Cavaliers head coach J.B. Bickerstaff led the team to a 5-6 record this season after taking over for John Beilein.

Beilein resigned at the All-Star break after a tumultuous start to the 2019-20 season. He was reportedly “inconsistent and overbearing” with his approach, and he didn’t quite fit in at the NBA level.

The difference with Bickerstaff, according to former Cleveland coach Mike Fratello, was that he got his players to care about one another and winning.

“He got them to start caring about winning games and care about each other,” Fratello said. “That’s not easy when you take over in a situation like that.”

The Cavs had lost 13 of 15 before Beilein resigned.

“He stayed very positive, even after losses,” Fratello said of Bickerstaff. “They moved the ball better. He pulled things together.”

The improved play under Bickerstaff was not lost on Cleveland’s players and those around the NBA.

"He has a really bright future in this league."@kevinlove reacts to J.B. Bickerstaff inking a long-term deal to be @cavs head coach #BeTheFight pic.twitter.com/baYhrSoAb9

Since the Cavs got that old man out the way they have been balling under Coach J.B. Bickerstaff!! Colin Sexton has been killing every MF that has walked into that arena!! Btw the Denver Nuggets are front runners and might be a 1st round out. Carry on….

The Cavs have matched their win total from last season.

They improve to 5-5 under J.B. Bickerstaff with wins over the Wizards, Heat, Sixers, Nuggets and Spurs.

In addition, Andre Drummond referred to Bickerstaff as a “hell of a coach,” after coming over to the Cavaliers at the trade deadline.

The Cavs signed Bickerstaff to an extension through the 2023-24 season, with the hope that he can continue the positive momentum built from his first 11 games as head coach.