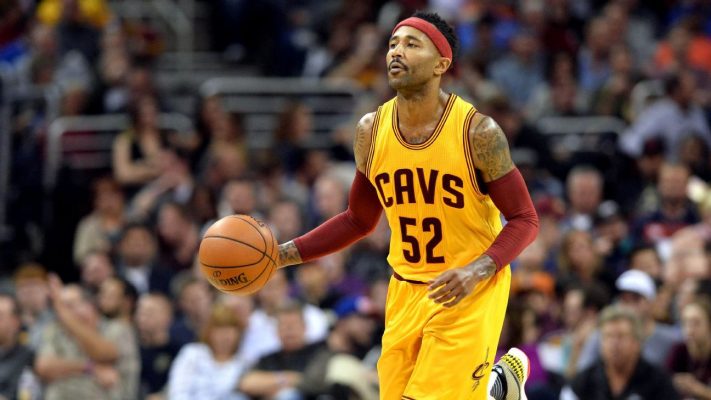 The Cleveland Cavaliers may be the reigning 2016 NBA champions, but that doesn’t mean everything’s going well behind the scenes.

Backup veteran guard Mo Williams had publicly bashed the Cavs on his Instagram a few weeks ago and then didn’t show up to training camp, forcing the Cavs to put the retired guard on the trading block per ESPN writer Brian Windhorst.

“The Cleveland Cavaliers are in impasse with guard Mo Williams and it has left them scouring the league for a trade partner so they don’t have to swallow millions, sources told ESPN.com. Williams is owed $2.2 million for this season and he did not report to training camp. The Cavs, who were caught off guard by the decision, have not had meaningful discussions with Williams on a buyout agreement, sources said.”

Williams, 33, went back and forth on his decision to retire after winning a championship in June, sending mixed signals the Cavs’ way. Had the Cavaliers waived Williams by the Aug. 31 deadline, they would have saved $4.5 million in luxury tax.

According to Windhorst, the Cavs are also looking to package guard Jordan McRae in a deal with Williams.

“Needing both a roster spot and a backup point guard, the Cavs are in a squeeze as the regular season opener looms. They are looking to attach guard Jordan McRae to Williams in trades, sources said. The team openly showcased McRae during the preseason and he led the team in scoring at 14 points a game.

It has been a crazy roller-coaster ride for the Cavs and Williams in particular.

The team can take extreme measures to salvage the situation, even if that means suspending the former All-Star, Windhorst warned:

“The Cavs have the option of suspending Williams and not paying him; his first paycheck is not due until Nov. 15. Team suspensions do not affect the salary cap and they would still be taxed on the full salary. There also could be a lengthy legal process that would follow.”

The Cavaliers begin their quest to defend the throne on Tuesday against the New York Knicks.