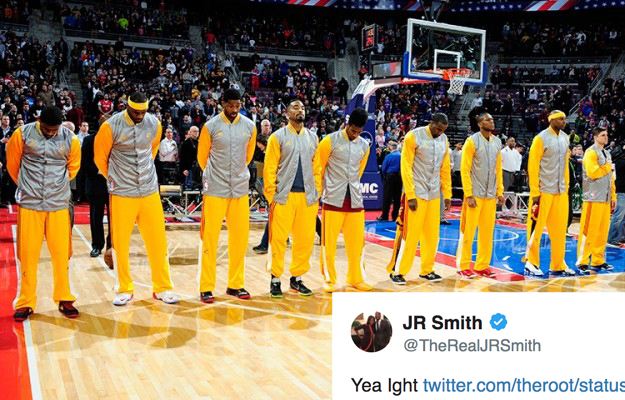 As the NFL deals with controversy due to the recent national anthem protests, NBA commissioner Adam Silver is seemingly trying to avoid a similar situation in the NBA.

Silver reportedly sent out a memo last Friday to remind players and coaches that they must stand when the national anthem plays before NBA games. On Sunday, Cleveland Cavaliers shooting guard J.R. Smith took to Twitter to speak his mind about Silver’s memo.

While players have yet to explicitly state an intent to protest, Smith’s teammate LeBron James was at the center of recent controversy when he called Trump a “bum” in a response to one of Trump’s many incendiary tweets.

NBA coaches and players alike have banned together in the past to rally around causes they believe in, and Smith clearly doesn’t plan on letting a memo get in the way of any potential protests in the upcoming season.