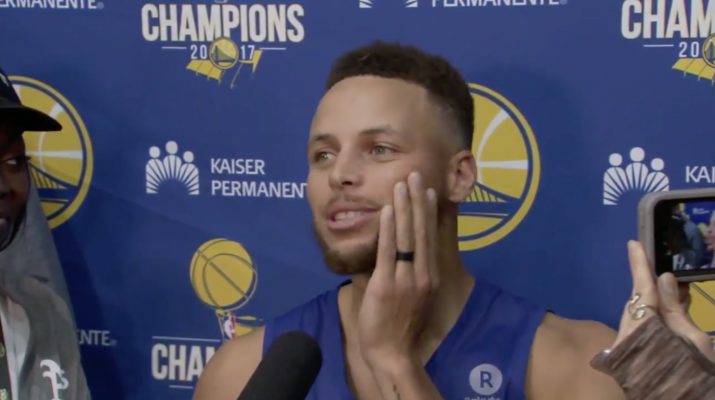 Curry responded on Saturday, offering thanks to James:

“It’s a pretty strong statement. It’s bold. It’s courageous for any guy to speak up, let alone a guy that has as much to lose as LeBron does,” Curry said. “Like I said, we all kind of have to stand as one, as best as we can.”

The Warriors indicated in the aftermath of Trump’s tweet that a visit the White House would not take place. The strong likelihood is that the Cavaliers, who visited with former President Barack Obama last November to celebrate their 2016 NBA title, will likely be the last NBA team to take part in such a ceremony during Trump’s time in office, with his first term set to end in Jan. 2021.