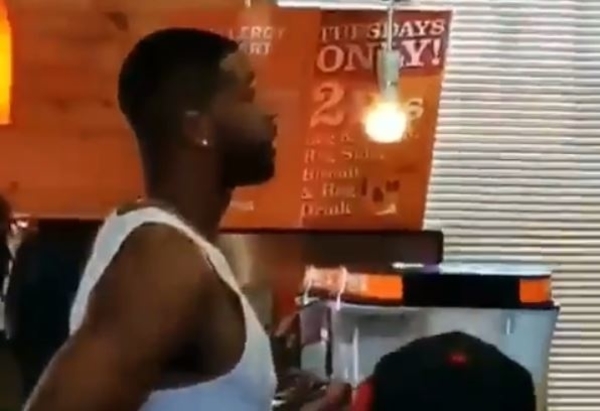 Earlier this month, fast food outlet Popeyes unveiled a new addition to its menu, a fried chicken sandwich, which sparked a tremendously favorable response by customers.

One of those people was Cleveland Cavaliers center Tristan Thompson, whose generous response for fellow customers was captured on video and shared on social media.

#TristanThompson buys everyone’s chicken sandwiches at #Popeyes, after they had been waiting over 30 minutes (?: @nyjobrennen)

Popeyes began selling the sandwich on Aug. 12 and was forced early Wednesday to temporarily stop selling them because of the rabid enthusiasm over them. In some cases, that inability to serve customers led to unruly situations as well as frustration for overwhelmed employees. In the above video, however, the customers and Thompson are maintaining their calm, despite a 30-minute wait.

Thompson certainly can afford to treat those individuals since he’s entering the final year of a five-year contract that he signed in 2015. That deal was worth $82 million and he will be paid $18.5 million for the 2019-20 season.

While the 28-year-old Thompson is expected to be with the Cavs when they open their season in October, there’s a chance that he could be traded before then or prior to February’s trade deadline. That decision will be largely based on whether or not the Cavaliers can agree to a new deal with the veteran. If not, he’s likely to be dealt in order to avoid ending up with nothing if he leaves in free agency.

The strong likelihood is that the Cavaliers won’t be willing to pay Thompson anywhere near what he has been making. That’s because the once-durable center has struggled with injuries the past two seasons and has career averages of 9.2 points and 8.6 rebounds per game.