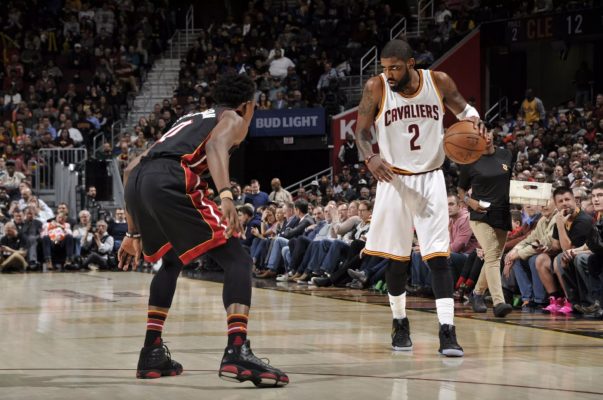 On Friday, Riley proved once again that he still holds a grudge against his former star. During a Friday morning news conference, Riley brought up point guard Kyrie Irving‘s departure as a reason why the Heat might be able to compete with the Cleveland Cavaliers in the upcoming season.

“Cleveland lost who I thought was next to Steph Curry, the best true point guard both ways in Kyrie Irving; they got a great one back [Isiah Thomas] but there are questions there [with an injury],” he said according to the Miami Herald‘s Barry Jackson. “We see an opportunity because there isn’t a Golden State in our conference or San Antonio or Houston. We will take advantage if we can….”

It seems Riley thinks his team may have a shot against the Cavs now that Irving has been traded to the Boston Celtics. After finishing last season ranked ninth in the Eastern Conference, perhaps his first goal should be to make the playoffs before he aims his sites on dethroning the reigning conference champions.