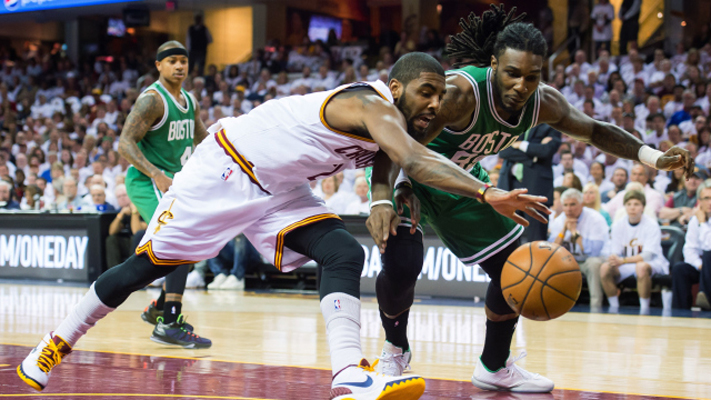 The extended period that spanned the announcement and confirmation of the Cleveland Cavaliers‘ trade of Kyrie Irving to the Boston Celtics allowed for one of the players coming to the Cavs, forward Jae Crowder, to briefly speak with Irving. While the conversation was short, it was indicative of all the controversy that came about in the aftermath of the blockbuster deal.

ESPN’s Dave McMenamin relayed the unexpected conversation, which took place in Atlanta when some doubt existed about whether the deal would become official:

“Jae Crowder pulled his car into the Four Seasons in Atlanta. Who was in the car behind him? Kyrie Irving. The two approached each other and acknowledged the ridiculous timing. ‘There’s a lot going on right now, huh?’ Crowder told Irving.”

The reason for that doubt stemmed from the uncertain situation involving the hip of point guard Isaiah Thomas, who will be replacing Irving in the Cavaliers lineup. That uncertainty about Thomas’ health remains, though the Cavs agreed to the trade, accepting an additional second-round pick in 2020.

Crowder and Thomas were introduced on Thursday morning during a press conference held by the Cavaliers and answered questions from both Cleveland and national media.