Udonis Haslem’s Son Hints Veteran Could Be Signing With Cavs 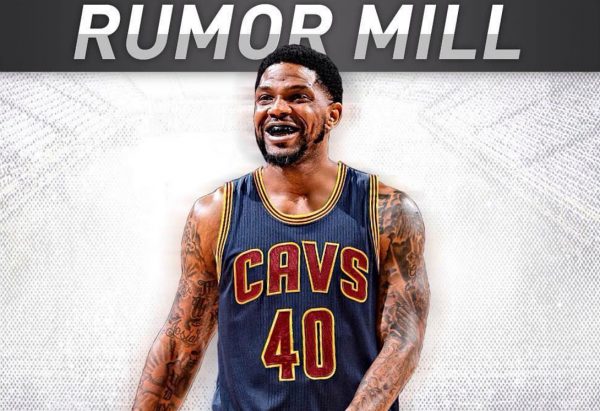 Reshaping the Cleveland Cavaliers roster during this offseason has gone slowly for a variety of reasons. However, if family connections are considered a good indicator of a pending deal, the Cavs could be adding Miami Heat veteran Udonis Haslem to their roster for the 2017-18 campaign. That’s because Haslem’s son, Kedonis, offered a not-so-cryptic message via social media on Friday afternoon.

UD's son just posted this to Instagram. I would quit basketball if this happens pic.twitter.com/a9QCnjX6h4

The 37-year-old Haslem has spent all 14 seasons of his NBA career with the Heat, with four of those years as a teammate of LeBron James from 2010 to 2014. However, Haslem’s seen very limited action during the past two seasons, playing in a combined 53 games. This past season, he averaged 1.9 points and 2.3 rebounds per game.

On Wednesday, the potential of Haslem leaving the Heat for the Cavaliers had been noted:

Udonis Haslem, who wants to stay in Miami, is now on the radar screen of the Cleveland Cavaliers. A conversation, at least, is likely.

If the Cavaliers sign Haslem, he would be signed for the veteran’s minimum, given the team’s salary-cap issues. The possible retirement of James Jones would likely put Haslem in the position of taking over Jones’ main role of being more of a steady locker room presence than any actually on-court production he may end up providing.