Video: Jae Crowder Says He and LeBron James on Same Team Will Be ‘Dangerous’ 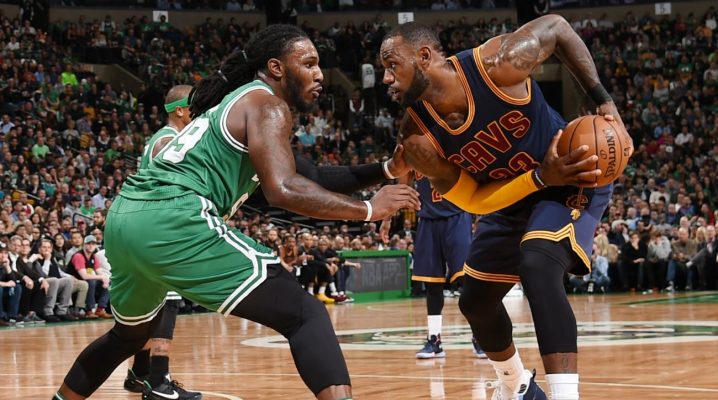 On Thursday, Isaiah Thomas, Jae Crowder, and Ante Zizic were introduced as the newest members of the Cleveland Cavaliers during an introductory press conference.

While Thomas has been the most discussed asset of last week’s trade that sent Kyrie Irving to the Boston Celtics, Crowder has also been considered a highly valuable addition as well. During Thurday’s presser, Crowder commented on what he brings to the table and discussed how he and LeBron James on the court will be a dangerous combination.

Crowder began by saying what it was like matching up against James when he was still a member of the Celtics.

“What was it like trying to slow him down? Very tough, obviously. He’s the best player in the world,” he said. “I tried to study him. I studied play calls as coach knows. It is tough, you gotta do your homework, for sure, or you’ll get embarrassed. I learned that the hard way early on in my career.”

He later added how he and James will compliment each other as teammates.

See what else Crowder had to say below.

Jae Crowder feels that he and LeBron on the court at the same time could be "dangerous." #Cavs pic.twitter.com/wvx4knPMqP

Much of Crowder’s value comes from his ability to back up James as a strong defensive stopper and a solid scoring option. Still, with James’ propensity to play any position on the court depending on the lineup, it is likely that Crowder will get his opportunity to prove just how scary the two of them can be when playing side by side.