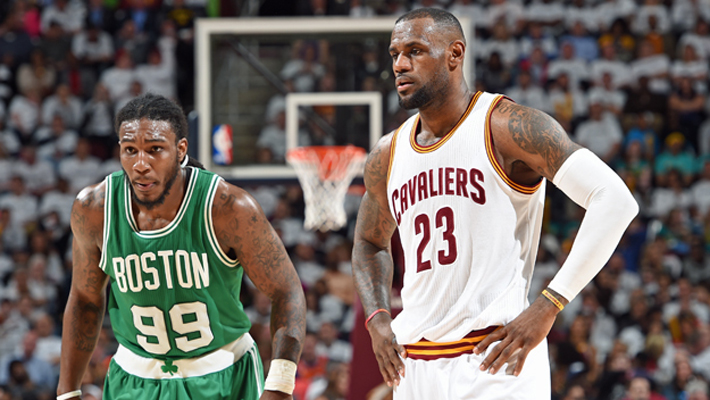 While many are clamoring over the acquisition of Thomas, the player who may actually end up being the most valuable piece to Cleveland’s championship run is Crowder. The 6-foot-6 forward may already be the best defender on the Cavs alongside LeBron James and is a legitimate threat from beyond the arc, making him one of Cleveland’s few two-way players.

The forward made 2.2 threes per game last season on nearly 40 percent shooting. To further justify how well Crowder will fit into Cleveland’s system, a graphic was released by NBA Shot Charts on Twitter, showing Crowder’s accuracy when it comes to the corner 3-pointer.

Over 40% for his career from there. He's gonna fit like a glove next to LeBron pic.twitter.com/j9UdWn0xnN

On paper, it would seem that the Cavs have actually improved significantly with their haul in the deal. Thomas is essentially a shooting guard in a point guard’s body, much like Irving, however, the biggest difference is that Thomas may actually be even better off the ball than Irving.

In addition, the Cavs get a solid 3-and-D player in Crowder, a wild-card big in Zizic, and of course, the coveted 2018 first-round draft pick from the Nets, which may end up being a top-three pick if history is of any indication.