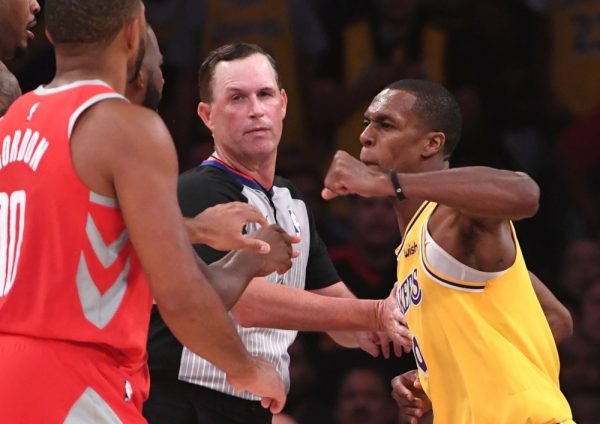 Los Angeles Lakers guard Rajon Rondo and Houston Rockets guard Chris Paul were in the midst of an all-out brawl on Saturday night.

Lakers rising young forward Brandon Ingram began the altercation after shoving Rockets superstar James Harden out of frustration. That led to Rondo getting into Paul’s face, and the two exchanging blows afterwards.

According to sources from The Athletic, it seems that one of Rondo’s family members confronted Paul’s wife Jada after the game.

There are likely to be multiple-game suspensions for the punches thrown by Paul and Rondo. In addition, Ingram will be facing a minimum of a one-game suspension due to his initiating the entire brawl and his flying haymaker directed at Paul.

The Lakers fell 0-2 on the season as they lost to the Rockets, 124-115. They’ll get a chance to rebound from this one on Monday night against the Spurs.