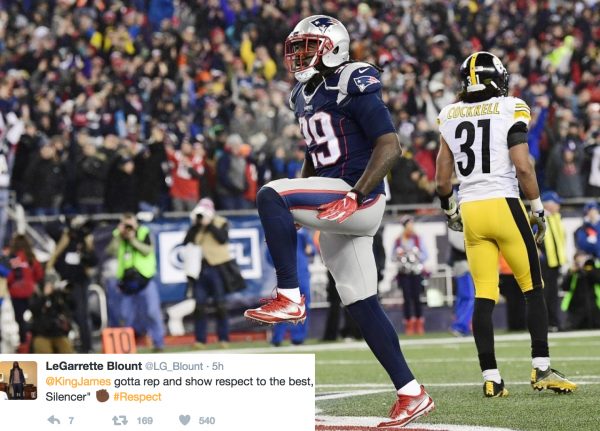 One player who had a lot to do with the win was Patriots running back LeGarrette Blount, who on a drive in the second quarter, powered through the defense and literally dragged six Steelers players to the one-yard line. He then scored a touchdown on the ensuing position and paid tribute to Cleveland Cavaliers superstar LeBron James by re-enacting his signature celebration, “The Silencer.”

Take a look for yourself below.

After the game, James acknowledged Blount’s celebration, while the running back responded with nothing but praise for the four-time MVP.

@KingJames gotta rep and show respect to the best, so I hit em with “The Silencer” ✊? #Respect