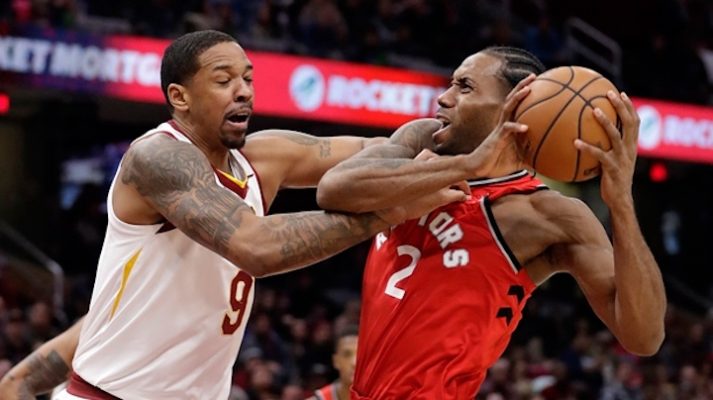 Game 5 of the 2019 NBA Finals between the Golden State Warriors and Toronto Raptors was one of the most intense games of the series. Leave it to Channing Frye to find something humorous in it.

The former Cleveland Cavaliers big man tweeted his observation of Kawhi Leonard’s performance by comparing him to a few NBA greats, including himself.

Got Damn Kawhi is some type of zone that I’ve only seen from 4 people. Kyrie,bron,Kobe and me at La fitness!!

While we are not privy to Frye’s gym workouts, his comparison of Leonard to LeBron James, Kyrie Irving and Kobe Bryant is definitely warranted, especially based on Leonard’s current postseason run.

He may have been referring to Leonard’s stellar effort to bring the Raptors back after trailing for most of Monday’s game.

The former Defensive Player of the Year made four straight baskets for the Raptors to give them a 103-97 lead with 3:28 left in the fourth quarter.

Unfortunately for Leonard, his team couldn’t hold on to their advantage, succumbing to the brilliance of Warriors star guards Stephen Curry and Klay Thompson.