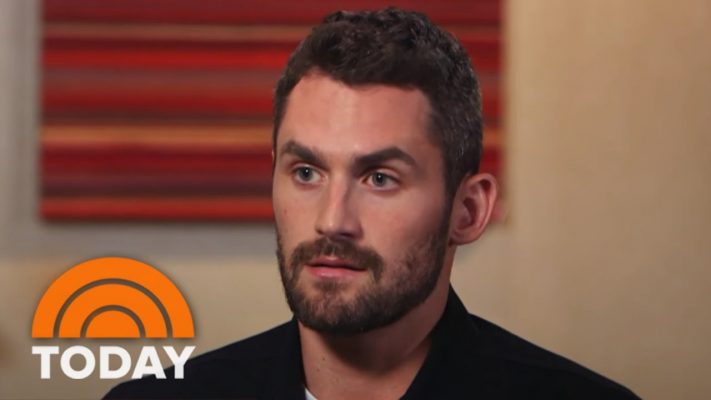 Cleveland Cavaliers forward Kevin Love continued to be vocal about his struggles with mental health in a letter he wrote in The Players’ Tribune titled “To Anybody Going Through It.”

Love, 32, first opened up about his mental health when he revealed that he had a panic attack during a game.

However, in the letter, he explains some of his dark days when he was still a member of the Minnesota Timberwolves.

“Five years before the panic attack that everyone knows about, I was probably in the darkest period of my life,” Love wrote. “I’d only played 18 games with the Timberwolves that season, breaking my right hand twice, and that was when this whole … I guess you’d call it a facade or a character that I had sort of built up …. it all started crumbling. I was in a cast. My identity was gone. My emotional outlet was gone. All I was left with was me and my mind. I was living alone at the time, and my social anxiety was so bad that I never even left my apartment. Actually, I would rarely even leave my bedroom. I would have the shades down most of the day, no lights on, no TV, nothing. It felt like I was on a deserted island by myself, and it was always midnight.”

Love mentioned that if it weren’t for some of his closest friends, he wouldn’t be here to share his story. He also left those who are also struggling with some great advice.

“You would be amazed at how freeing it is just to talk to somebody, and tell them the truth about what you’re going through.

“And listen, I’m not trying to sell you some fairy-tale version of mental health. It took me years and years — hell, it genuinely took 29 years for me to realize what I needed.

“I needed medication. I needed therapy.

“I still need those things now, and I probably always will.”

Love has been the NBA player that has led the charge in ending stigma around mental health.

The Cavs big man continues to show why he was awarded the prestigious Arthur Ashe Courage Award at this year’s ESPYs.