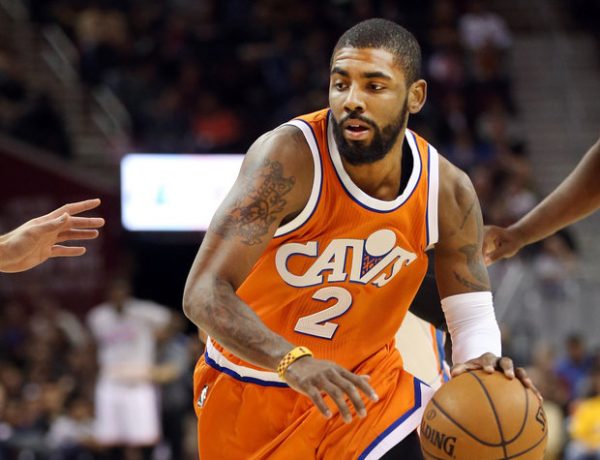 (Cleveland, OH) – A pair of impressive runs in the second and third quarter played key roles in helping lead the Cleveland Cavaliers to their second win in a row as they knocked off the Oklahoma City Thunder by a 107-91 score at Quicken Loans Arena on Sunday afternoon.

The Cavaliers had trailed 41-40 with 3:18 left in the first half. At that point, they dominated play until intermission by putting together a 17-4 run and turning the one-point deficit into a 58-45 halftime lead. Four different players, led by Iman Shumpert’s seven points, fueled the late surge.

Cleveland continued to maintain its lead during the course of the third quarter, boosting its advantage to as many as 19 at 78-59. That closed out a 15-4 run as the Cavs headed into the final period holding an 80-65 lead.

“We started taking ownership on the defensive end. I think that’s an area where we had a lot of slippage and kind of caused us to get away from who we are,” Tristan Thompson said. “We’re a team that has to get defensive stops and when we get on the fast break with the athletes and scorers that we have, we’re a very good team.”

The Thunder were able to slice the Cavs’ lead down to seven at 82-75 with 8:40 left in the game. However, that would be as close as they would get as Kyrie Irving then helped put the game away with seven of his game-high 29 points on the day. That made it a comfortable 98-82 game with 3:57 left.

“A lot of patience and me taking a bigger leadership role,” Irving said after the game in response to how the Cavaliers have been able to bounce back after a stretch of losing six of eight games. “We have to bring it every night.”

“Kyrie did a great job of getting around the corner and he took advantage of the pick-and-roll. Since he got his rhythm back, he’s been great,” Cavs head coach Tyronn Lue said during his postgame press conference. “He’s been picking his spots and that’s what great players do.”

James also achieved a bit of Cleveland sports history by becoming the first player ever to score 20,000 points while wearing a Cavs uniform. He’s also only the fourth active player in the league to do it with one team.

Thompson joined the double-double parade with 16 points and 12 boards, while Shumpert was the only other Cleveland player to reach double figures with 16 points.

“He (Thompson) was great defensively in the pick-and-roll with (Russell) Westbrook and I thought he did a great job protecting the paint,” Lue said. “He had four blocks and he was there early a lot of times, making them make the extra pass. When he anchors our defense like that, we’re tough. Iman Shumpert also did a great job against Westbrook one on one and also fighting over screens, getting into his body and being physical.”

Neither team made much of an impact in the opening quarter, with the Cavaliers struggling to connect from the field. They finished the period shooting just 31 percent, missing all seven of their 3-point attempts. When the horn sounded, the Thunder held a 24-21 advantage. Cleveland ran off the first eight points of the second quarter, but were unable to push the lead any higher until finally making their move.

“Tonight, we kept them under 40 percent shooting, which is a good thing, but we have to keep building,” Thompson said. “It’s the dog days of January, we have to understand that teams are getting better, whether it’s OKC, Philly, Golden State. Every team is going to give us their best shot every night and we’ve got to be ready to play.”

One down note on the afternoon was the fact that Kevin Love left the game after his back spasms flared up again. He didn’t play during the second half.

“He (Love) felt something and couldn’t get it going and we had to take him out,” Lue said. “The doctor looked at him and he’s going to get an imaging (MRI) tomorrow, so he’s not traveling with us.”

That road contest against the Dallas Mavericks will take place tomorrow night, with tipoff scheduled for shortly after 8:30 p.m.