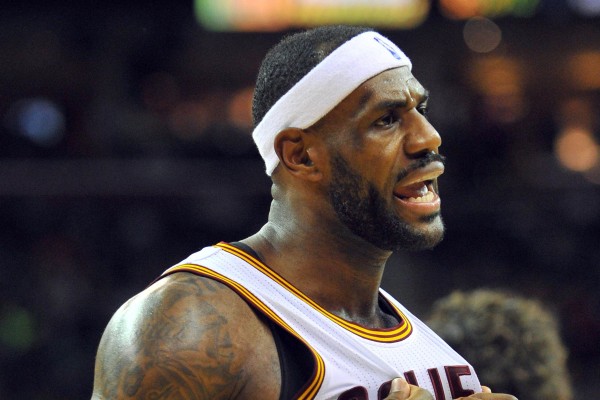 During his four years away from the Cleveland Cavaliers, LeBron James was part of two Miami Heat units that captured an NBA title, also helping the team reach the finals during the other two seasons. Consistently reaching that lofty level has stoked his already-competitive fires to its maximum threshold, after again being part of a runner-up team with the Cavs last year.

The clearest evidence of that can be seen in how such thinking has trickled down to his Cavalier teammates, as the Cleveland Plain Dealer’s Chris Haynes noted in detailing what’s become an obsession with James.

With the team that stopped the Cavaliers in the NBA Finals, the Golden State Warriors, currently hitting on all cylinders with an 18-0 record, James knows that winning a title will again be a difficult task. That’s why he’s shown on-court anger toward teammates that commit what might otherwise be considered a minor error.

This approach began even before the season, with the idea of completing “unfinished business.” However, with injuries depleting the roster, the preseason saw a series of losses that got aggravating enough for James to call for a team meeting. Chief among the criticisms were the lackadaisical approach to being on time and what was perceived as the unprofessional appearance of some teammates.

Since that time, evidence can be seen regarding some of the changes. The one that’s gotten the most attention has been the team’s starters ignoring player introductions and instead focusing on pre-game huddles.

Those who remember James’ first run with the Cavs can recall when he and teammates would mimic taking photographs during those introductions. The drastic change from that attitude to now serves as another example of his more focused approach to the game.

The team has also followed James’ lead by banning Hoverboards in Quicken Loans Arena. Whether or not it’s being done for safety reasons is debatable, but during last year’s finals and this year’s preseason, players like J.R. Smith were seen riding them.

The final component in this more attentive approach comes in connection with fashion. Players like Tristan Thompson have followed in the footsteps of veterans like James and Mo Williams in presenting a more professional appearance off the court.

Thompson spoke of the impression that’s left from such decisions:

“This is a billion-dollar business. When the front-office people come to the games, they come in suits, or slacks, or dress shirt or nice-cut jeans,” remarked Thompson. “I think it’s the same way with us. Just because we’re the guys that put the jerseys on, doesn’t mean we can’t clean up nice. At the end of the day, you’re a professional and you have to represent yourself.”

Speaking about potential stereotypes that might result, Thompson said he’s choosing to change the conversation:

“It’s sad to say, but some judge a book by its cover,” Thompson continued. “So if you think about a prototypical athlete, you think about a guy that’s a jock. You think he doesn’t know much. He’s somebody who has God-given talent but doesn’t really know anything else,” commented Thompson. “But we’re trying to change that whole culture, especially myself. I take that real personal. You don’t know whom you’re going to meet. If I meet a gentleman for the first time, he may not know much about me but that I play basketball. If I dress nice, dress maybe even better than him, it gets his attention that I’m serious.”

While fashion and Hoverboards won’t end up deciding who holds the Larry O’Brien Trophy next June, it’s readily apparent that the Cavaliers clearly have their eyes on the ultimate prize. Getting there is never easy, but with the focus they’re establishing via the hard-charging methods of James, the path to reach it is definitely more focused.