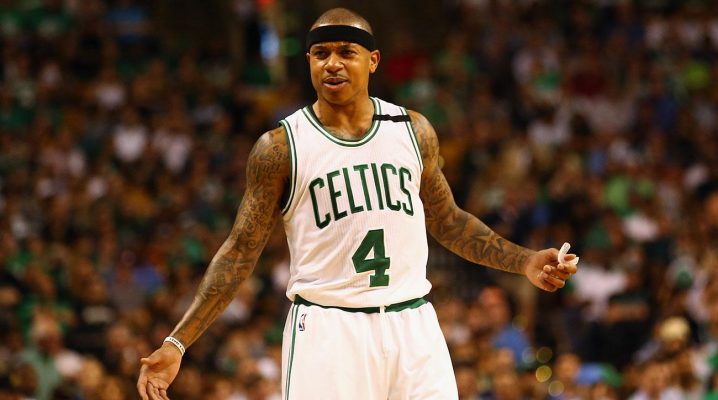 With point guard Isaiah Thomas now a member of the Cleveland Cavaliers, the status of his health becomes vitally important to the franchise. One report from an ESPN insider suggests that the season-ending hip injury suffered by the 5-foot-9 Thomas back in May was one of the reasons that the Boston Celtics were willing to deal him away.

There was significant concern from Celtics about Isaiah Thomas' hip, source told ESPN. Turning 29, game is built on speed.

Thomas missed the final three games of the Eastern Conference Finals against the Cavaliers because of the hip injury. His current status came up in the post-trade press conference held by the Celtics.

“Some. There’s gonna be probably a little bit of a delay for Isaiah as he starts the season this year, but I think that Isaiah should be fine and healthy as the season goes along,” Celtics general manager Danny Ainge said.

Despite the potentially ominous development, the Cavaliers don’t appear to be harboring any fears of injury plaguing Thomas during the season.

Boston has believed rest + rehab would return Thomas' hip to a full recovery. Cavs plan to monitor closely, anxious to give him physical.

Cleveland has no short term concerns on Thomas' health. No surgery was needed on hip. Cavs are getting motivated All-Star in contract year. https://t.co/g4lRhcGmkb

If Thomas is unavailable for the season-opener, it would reduce a portion of the drama that will see Kyrie Irving and the Celtics come to Quicken Loans Arena on Oct. 17. Yet’ the Cavaliers main concern continues to be the end of the 2017-18 season, not the beginning.