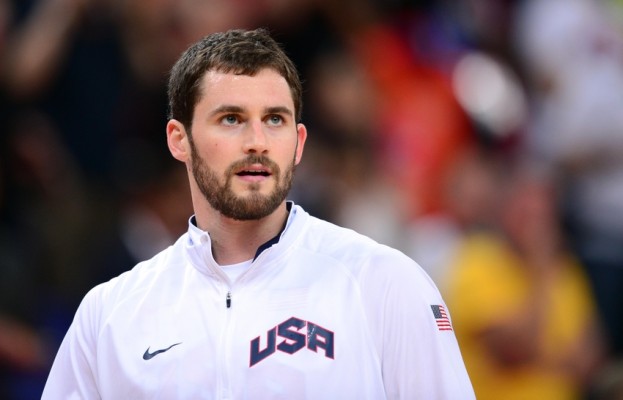 It would seem Jerry Colangelo has forgiven Kevin Love after all.

It has been over a year since Love withdrew from his commitment to play for Team USA during the 2014 World Cup, and the Team USA Basketball chairman holds no ill will toward the Cleveland Cavaliers forward. When asked about why Love backed out from Team USA, Colangelo stated the following:

“In Kevin Love’s case, he really felt bad in not being there to participate after he said he would. That was more about advice he’s getting from legal counsel and his agent. That, too, is a variable. We have no control over that. If that happens next year with one or two players and they’re out, it’s not the end of the world. We have other players. The point is with the roster we have we can take hits like that and there are other guys to step in.”

For those unaware, Love committed to Team USA two years ago. When the player pool was released in January of 2014, the multiple time All-Star was listed as part of it.

Love withdrew from the team shortly before the start of camp in July, due to his situation regarding the proposed trade between the Cavaliers and Minnesota Timberwolves involving the veteran power forward and 2014 No. 1 overall selection Andrew Wiggins.

It’s also of note that Love’s agent advised him not to play in the World Cup due to the risk of injury and the potential harm it could cause to his NBA career.

At the moment, there hasn’t been any indication that the 26-year-old will join Team USA for the 2016 Summer Olympics, but a year can change a lot of things.

cleveland cavaliersfeaturedjerry colangelokevin lovenews tickerteam usa
← Previous Story Jerry Colangelo Believes LeBron James Wants to Be a Part of Team USA
Next Story → J.R. Smith: ‘I Just Want to Be Somewhere I Can Make a Difference’