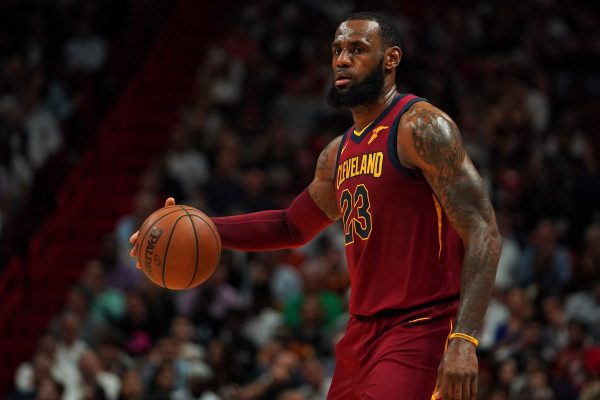 If there’s one person that has seen LeBron James‘ greatness up close throughout the years, it’s his former teammate and longtime friend Dwyane Wade.

Prior to the Cleveland Cavaliers‘ defeat at the hands of Wade’s Miami Heat on Monday, the shooting guard had nothing but praise for James and his incredible career.

“He’s one of the game’s greatest players, arguably the greatest. I favor Michael Jordan, it’s up there. It’s one and two greatest players of all time” Wade said. “And I get the opportunity to play against one of them.”

So far this season, James is definitely playing up to that standard. With just a few games left before the postseason begins, the four-time MVP is averaging 27.4 points, 9.1 assists, and 8.6 rebounds per game. While it seems unlikely that he will be awarded his fifth MVP this season, a serious argument can be made that he deserves it.

Despite the fact that Wade and James’ second stint together earlier this season in Cleveland didn’t end as well as either of them had hoped, the two are surely one of the most iconic duos in NBA history. The two went to four NBA Finals together, and won two. In many ways, the success Wade has had in his career is partially thanks to James’ brilliance.

Following the Cavs’ loss on Monday, James and Wade’s all-time record when playing head to head is a perfectly even 15-15. With rumors that Wade may be considering retirement at the end of this season, he may one day be able to tell his grandkids that he broke even with one of the greatest basketball players of all time.