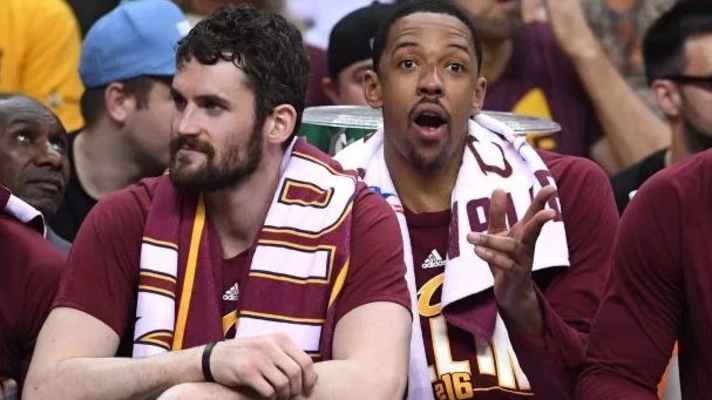 Kevin Love reached a career milestone in Wednesday night’s victory over the Toronto Raptors when he hit his 1,000th career 3-pointer. It was a great way for the All-Star big man to celebrate his return to the court after a nearly two-month absence due to a fractured left hand.

While most took to social media to celebrate Love’s accomplishment, his former teammate, Channing Frye, did just the opposite.

Frye’s comment is clearly a joke, but what isn’t a joke is how well Love has been performing since his return from injury earlier this week.

In his first two games back, the 6-foot-10 center has averaged 20.5 points, 9.5 rebounds, and 4.0 assists. He has undoubtedly played a huge role in helping the Cavs best two playoff-caliber teams in a row so far this week.

While Frye is no longer a member of the Cavs, it is clear that he is still very close with many of his former teammates. This isn’t the first time Frye has shown his funny side on social media at the expense of his teammates, and hopefully it won’t be the last.