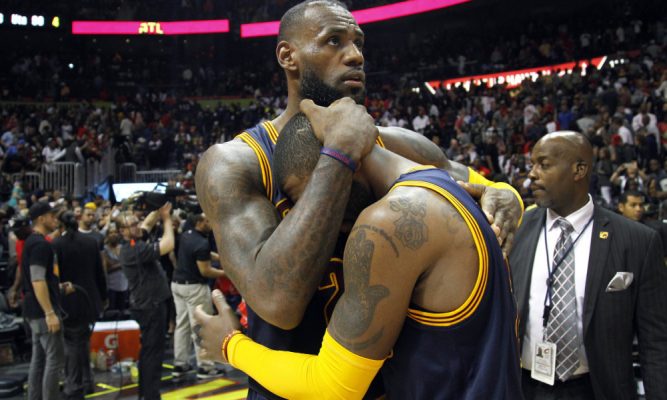 The media may have portrayed a disconnect and hostility between Cleveland Cavaliers superstar LeBron James and his former running mate Kyrie Irving, but according to a recent tweet from The King, there seems to be nothing but respect between the two.

In response to the trade, James sent an endearing and respectful message to Irving via Twitter:

That's the only way to be to the kid! Special talent/guy! Nothing but respect and what a ride it was our 3 years together Young Gode #Filayy https://t.co/wKYmYsmdgG

Both Irving and James were a part of three consecutive NBA Finals trips together, with their most memorable feat being in 2016, when the Cavs historically came back from a 3-1 deficit to defeat the Golden State Warriors in the NBA Finals.