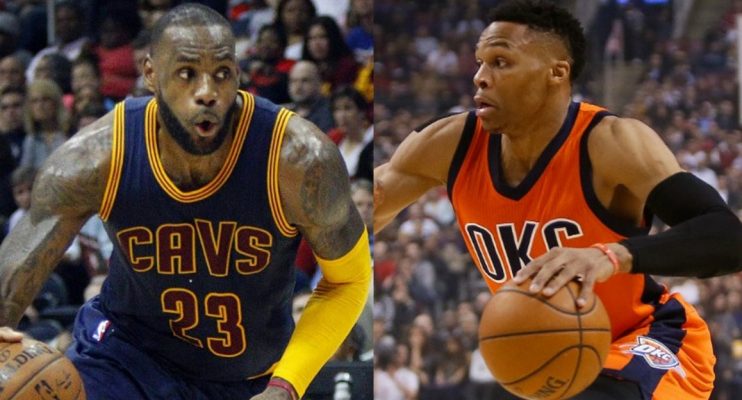 While most of the rumors and reports regarding LeBron James‘ future in the NBA have pointed to him leaving the Cleveland Cavaliers this summer, the most recent rumor does quite the opposite.

On Sunday, fellow Cleveland sports legend, Josh Cribbs, took to Twitter to share a rumor regarding former NBA MVP Russell Westbrook that should give Cavs fans quite a bit of optimism.

Still there is no denying that having Westbrook and James take the court as teammates next season in an attempt to dethrone Kevin Durant and the Golden State Warriors would be an incredible story to watch unfold.

With James’ impending free agency still over two weeks away, every rumor regarding his future should be taken with a grain of salt. If Cribbs is right, however, and James is recruiting Westbrook to come play in the Wine and Gold, this summer could turn into quite an exciting ride for Cavs fans everywhere.