Cavs Rumors: Corey Brewer Back on the Trading Block 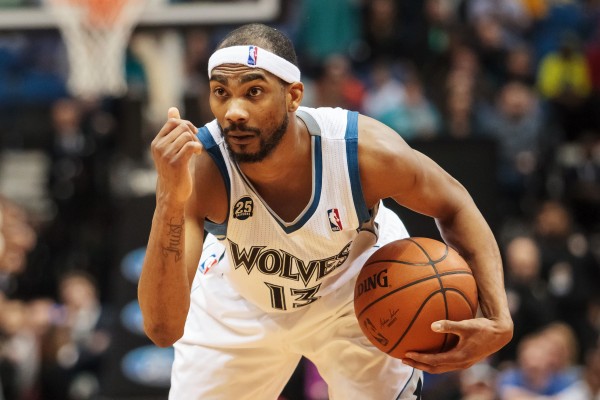 The Cleveland Cavaliers could once again be looking to acquire Minnesota Timberwolves’ swingman Corey Brewer after ESPN.com stated that the Timberwolves have once again put Brewer on the market.

The reported reasons for the policy shift by the Timberwolves are that injuries and a slow start have forced the team’s hand in continuing its rebuilding plan. After 24 games, Minnesota has just five wins.

One month ago, the Cavaliers and Houston Rockets were the teams most interested in acquiring the 28-year-old Brewer during the original rumor phase. However, this time, another potential candidate, the Los Angeles Clippers have been added to the mix.

The Cavaliers and Rockets were seeking to get Brewer to waive a $4.7 option for next season, which he supposedly was considering in exchange for joining a team with NBA title aspirations.

Minnesota head coach Flip Saunders essentially put an end to such speculation when he said on November 20 that Brewer was “too valuable to trade.”

Brewer is currently in his ninth NBA season, also having played for the Dallas Mavericks and Denver Nuggets. In 2011, he was dealt to Dallas and was part of the squad that defeated the Miami Heat for the NBA title. For this season, he has averaged approximately 20 points per game and four rebounds, numbers that mirror his overall career.

Cleveland would be able to build depth at the shooting guard position, while also giving LeBron James the opportunity to take a few more minutes off during the course of a game. However, they originally balked at surrendering a first round pick.

The Cavaliers acquired Brewer’s former teammate, forward Kevin Love on August 23 in exchange for Anthony Bennett and Andrew Wiggins, the top overall picks in the last two drafts. Brewer and Love had a good relationship during the time they played together.

With Houston, their head coach Kevin McHale drafted Brewer out of Florida as the seventh overall pick in the 2007 NBA Draft when he served as Minnesota’s general manager.

Los Angeles is handicapped by the fact that they have little salary cap room to maneuver a deal of this type. To bring in Brewer would require getting rid of $4 million in salary dollars currently on the roster.

All three teams are currently situated in second place within their respective divisions. Cleveland has struggled so far in the first seven weeks of play this season with a 14-10 mark, while Houston is behind the Memphis Grizzlies with a 19-5 mark and the Clippers are behind the Golden State Warriors’ league-leading 21-3 pace.