Cavs Rumors: Cavaliers Could Be Interested in Guard Norris Cole 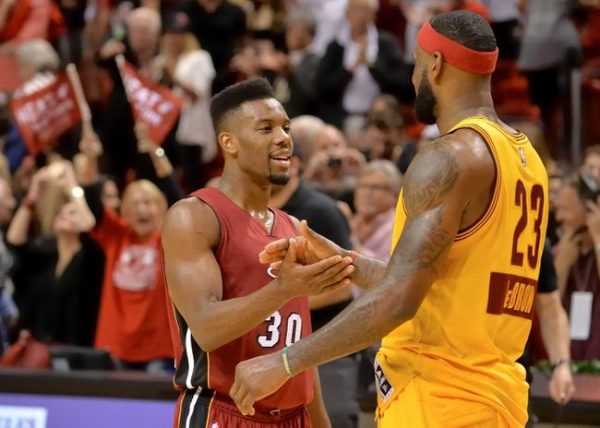 While the Cleveland Cavaliers have expressed their hope to retain disgruntled point guard Kyrie Irving, they are also beginning to plan for a possible future without him.

On Monday, international basketball journalist David Pick reported that free agent guard Norris Cole has been offered a one-year deal with Israeli team Maccabi Tel Aviv, but according to Sam Amico of AmicoHoops.net, Cole has yet to accept the offer.

Source: Maccabi Tel Aviv has offered Norris Cole a deal for $700,000 to bring the former Miami Heat champion guard to the Euroleague.

Amico went on to report that several NBA teams have also expressed interest in Cole and pointed to the Cavs as a potential landing spot for the six-year pro:

“Cole, who played collegiately at Cleveland State, could draw interest from the Cleveland Cavaliers, depending on what happens with All-Star point guard Kyrie Irving.”

Most recently, Cole has played with the New Orleans Pelicans and Oklahoma City Thunder, but he began his career playing alongside LeBron James on the Miami Heat and played a valuable role during the Heat’s two NBA championship winning seasons. In the event that Irving is dealt, it would be wise for the Cavs to attract replacements that are already comfortable playing alongside James. While Cole would not replace Irving’s on-court talent, he could certainly serve as a valuable member of the Cavs bench.