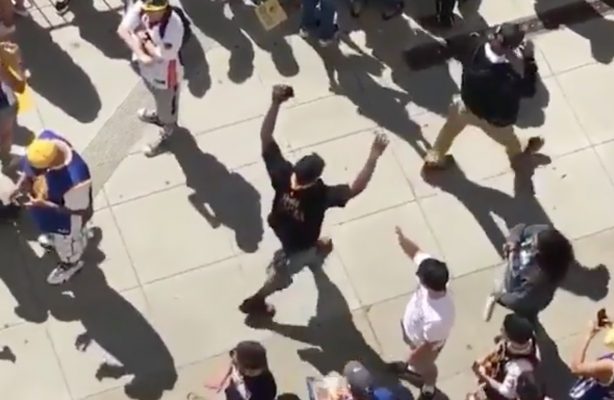 The Golden State Warriors may have won the 2017 NBA championship, but that didn’t deter one Cleveland Cavaliers fan from walking through enemy turf on Thursday night.

Watch as this loyal and die-hard Cavs fan walks through the Warriors’ championship parade, embracing a sea of boos from Warriors fans in all directions.