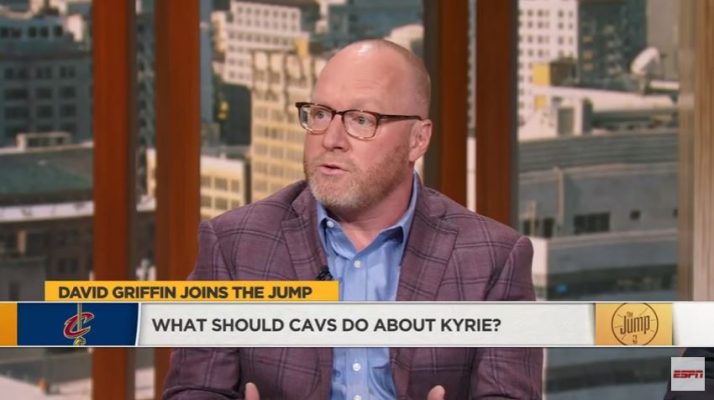 Kyrie Irving has certainly taken a lot of heat for demanding a trade from the Cleveland Cavaliers several weeks ago, but former Cavs general manager David Griffin has come forward to applaud the disgruntled All-Star.

“I think Kyrie’s going to end up getting traded,” Griffin said. “I don’t think this is youth and ignorance. This is a guy who handled the situation exactly like he was supposed to. He went to Dan Gilbert privately and told him he thought he would be happier somewhere else. The worst thing this guy could have done is pretend to be all in and sink the ship from within. Most guys don’t have the courage to do what he did.”

“This is a guy whose list included really good coaching situations, Brad Stevens and (Gregg) Popovich. This is a guy who recruited LeBron (James), (Gordon) Hayward, and a host of other free agents when he decided to sign and stay in Cleveland,” he added. “And all of a sudden LeBron came back, so he was sold a totally different situation than he’s actually in, and he worked very well in, he won a championship in. I see this as him looking for a fit for himself now to take the next step in his career.”

See what else Griffin had to say below.

Many see owner Dan Gilbert‘s decision to not extend Griffin’s contract for next season as the first move in what has become an unexpectedly turbulent offseason. Griffin is no longer a member of the Cavaliers organization, but it is certainly interesting to imagine how he would have dealt with the drama Irving has created in recent weeks if he were still calling the shots.