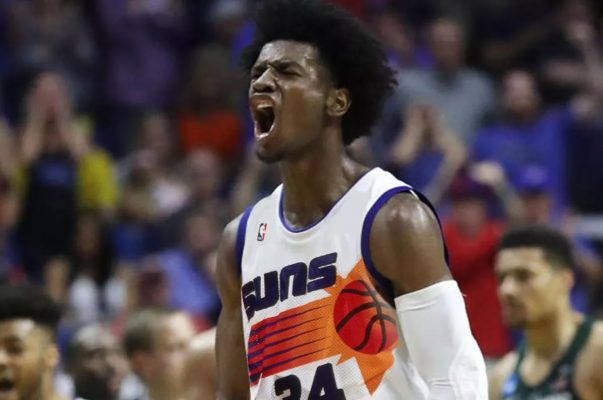 Despite being mentioned as one of the key pieces of a potential trade involving Cleveland Cavaliers point guard Kyrie Irving, rookie forward Josh Jackson of the Phoenix Suns believes that if any deal is made, he won’t end up being involved in the final transaction.

Jackson, who was the fourth overall selection by Phoenix in June’s NBA Draft, spoke about the situation in an interview on Sirius XM NBA Radio. Despite the belief that the inclusion of Jackson in any Irving trade request makes it a nonstarter for the Suns, the rumors continue. Jackson was asked how he deals with the talk about his future that continues to float in the media.

“Talking to my agent, not really checking social media, because, you know, people just gonna say whatever. I handled it the same way I tried to handle draft night,” Jackson said. “You know, coming in, I didn’t really know what was going to happen. I still don’t know what’s going to happen, but I’ll make the best of whatever situation I’m presented with. If I’m traded to China, whatever, I’m going to come out and be happy and just try to make the best of it. I was kind of in the dark a little bit, but I got a feeling that the trade really wasn’t going to happen.”

The fact that Irving’s trade request is now more than a month old and he’s still a member of the Cavaliers is another reason for Jackson’s mindset.

“I think if that was going to happen, it would have happened by now,” Jackson said.

Previous speculation has indicated that the Cavaliers would jump at the chance to acquire the rookie forward. However, with the Suns apparently not indicating any change in their approach, the Cavaliers may have to look elsewhere to accommodate the disgruntled Irving.