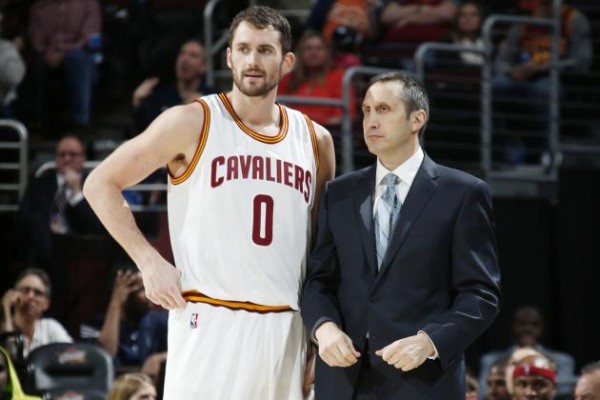 The news of David Blatt’s firing on Friday just keeps getting more and more interesting.

According to Brian Windhorst of ESPN, a team meeting was called in the wake of Blatt’s firing. Except Cleveland Cavaliers players didn’t initially think it was Blatt on the way out—they thought it was to inform them that Kevin Love was being traded.

How surprised were Cavs players today? When team meeting was called, some players speculated Kevin Love had been traded

In fact, the news doesn’t stop there. According to Peter Vecsey, Blatt knew it was going to be either him or Love that would be deemed the scapegoat for the Cavs.

There’s little doubt that Love has struggled this season. After starting out the season playing extremely well as LeBron James‘ right-hand man in November, his play has drastically declined since Kyrie Irving made his return on December 20th.

In the month of January alone, Love has played in 11 games and has averaged just 12.8 points on 36.5 percent from the field. For the season, he is converting on just 41.3 percent of his shots. Those numbers are simply not good from a player who is a former All-Star.

Now that Blatt is gone, there will be no more excuses for Love’s underwhelming play.

After signing a five-year deal worth $113 million last offseason, Love will have to step up his performance or he may be the one on his way out of Cleveland soon.